Greenville is very safe city. The chance of being a victim of a crime is low.

Crime rate data, especially when used incorrectly, can paint a misleading picture. Some commercial online crime reporting apps exaggerate Greenville’s crime. The methodology they use is not explained. In some cases, they appear to merge in County data, distorting the counts. The other issue is based on population. The standard method to compare cities is on a per 100,000 population. For Greenville, they must calculate approximately an additional 30 percent to city crime categories because the City's population is around 70,000 people. This inflates violent crime figures.

Some websites incorrectly aggregate data as it is reported to the FBI. In fact, the FBI has requested for years that the data not be used for the sake of comparison from year to year or city to city because of variations in how crime is reported over time or across different locations.

GPD works to be as transparent as possible by providing the crime mapping and statistics below.

Citizens have access to Community Crime Map, a free public crime map based on Greenville Police Department data updated every 24 hours. Using this website, citizens can easily search for information on different crime types. Citizens or neighborhood groups can search for crimes within a particular radius of any location. 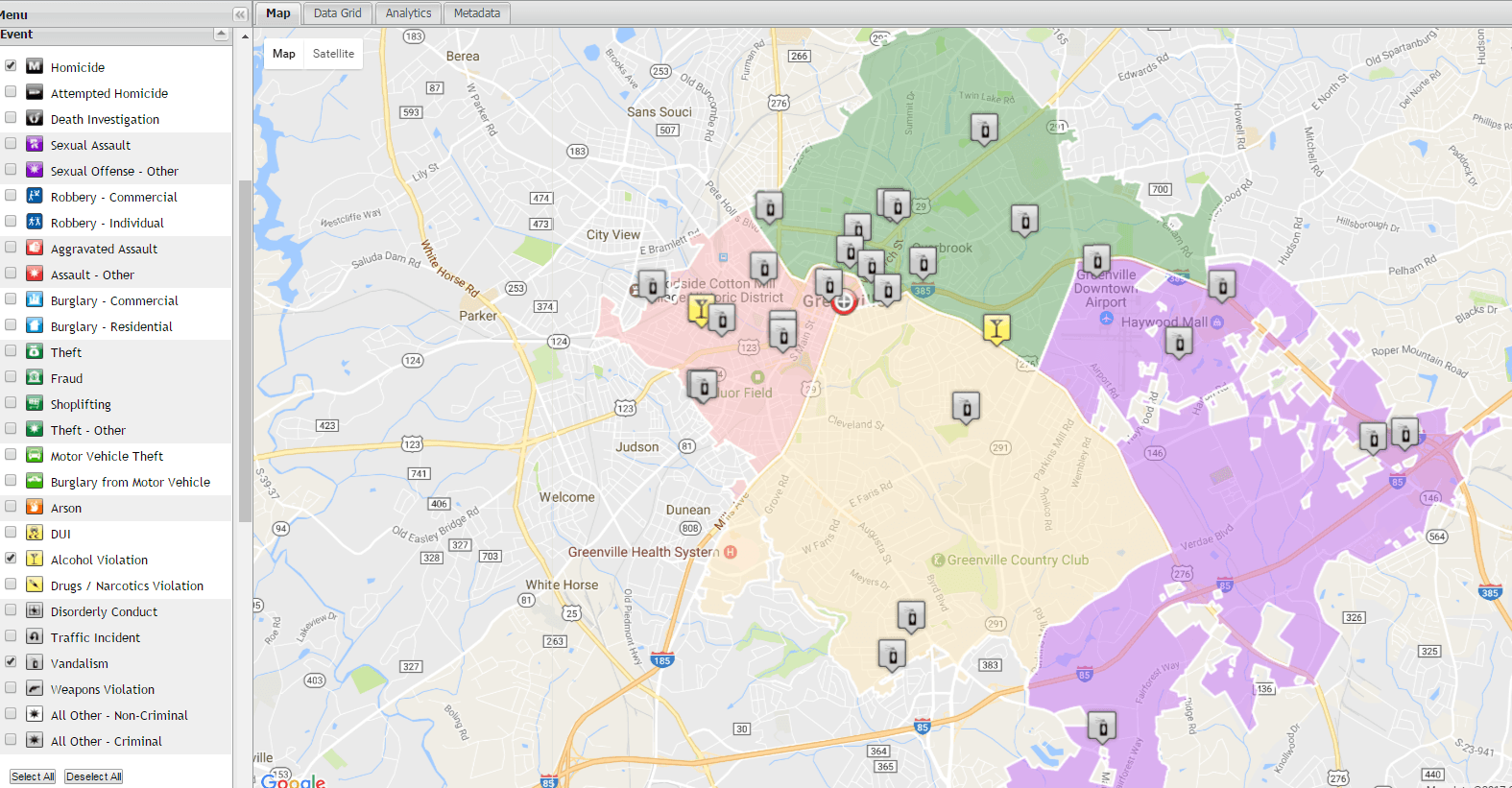