Air Force Major Rudolf Anderson Jr., a Greenville native, piloted a U-2 spy jet during the Cuban Missile Crisis. On October 27 1962, Anderson was shot-down during an unexpected mission to gather photographic evidence of offensive Russian missile sites in Cuba. The dedication of the redesigned Major Rudolf Anderson Jr. Memorial commemorated the 50th anniversary of his death. There are 13 engraved granite slabs describe the Cuban Missile Crisis and text panels describing his contributions.

Located in Cleveland Park, the memorial is open to visitors during regular park hours. 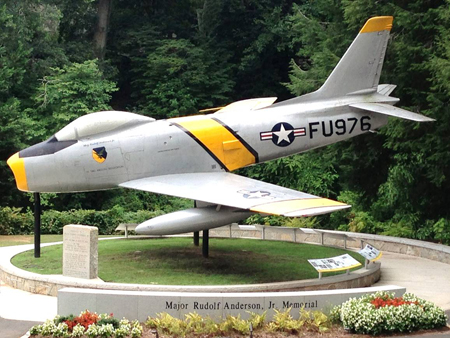 For more information view the Public Art Walking Tour or check out the Anderson Slideshow on Flickr. 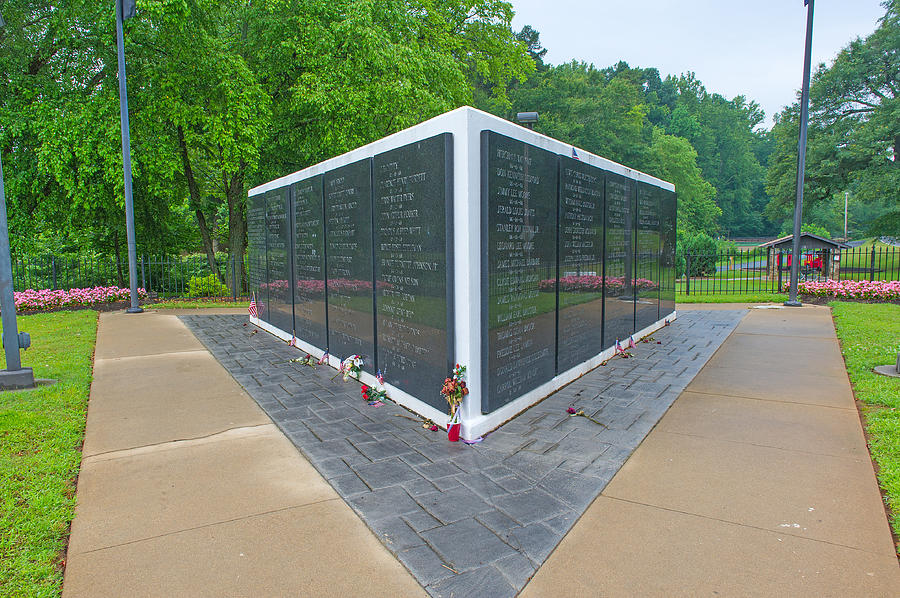 The Greenville County Vietnam Veteran's Memorial honors the 14,000 Greenvillians who served during the Vietnam War Era. This marble-faced monument showcases the bravery and honor of the POWs, MIAs, and those who lost their lives in battle. Flags representing South Carolina, America, and POW-MIA fly overhead and engravings dedicate the memorial to each branch's service.

The Korean War Veterans' Memorial is located at Lake Conestee Nature Park on Mauldin Road. The memorial was constructed in 2013.

The fighting officially ended nearly 60 years ago, on July 27, with an armistice agreement, a ceasefire which never led to a peace treaty. Though only a memory now for the men who fought in it, the Korean War never really ended, and 1.1 million North Korean and 639,000 South Korean troops still face each other across a 2.5 mile demilitarized zone stretching across the Korean Peninsula in the exact same spot of the war's last front line, armed and ready should the ever-present tensions between the two nations ever boil over in this last vestige of the Cold War. 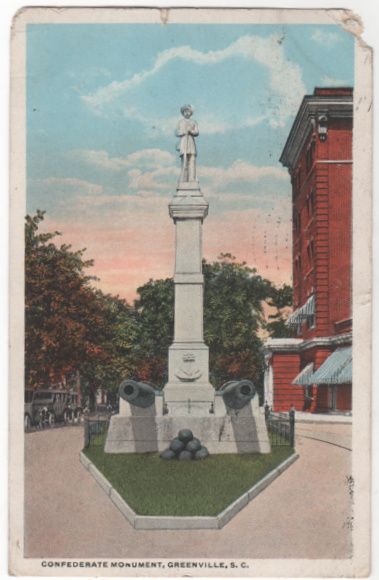 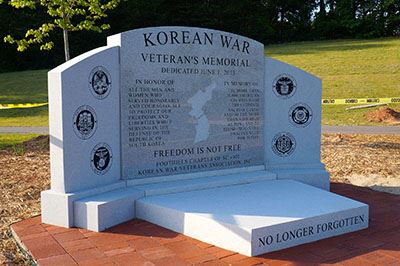 The Confederate Monument is located in Springwood Cemetery. The monument was erected in 1891. The soldier atop was made using James Ligon, a local Confederate soldier, as its model. Until 1922, this monument stood in the center of Main St. in front of the Ottaray Hotel, which is now the site of the Hyatt. When the growth of the business district began to require better traffic flow, City Council voted to move the monument to Springwood Cemetery. The statue faces west and not south, as is more customary for Confederate monuments.